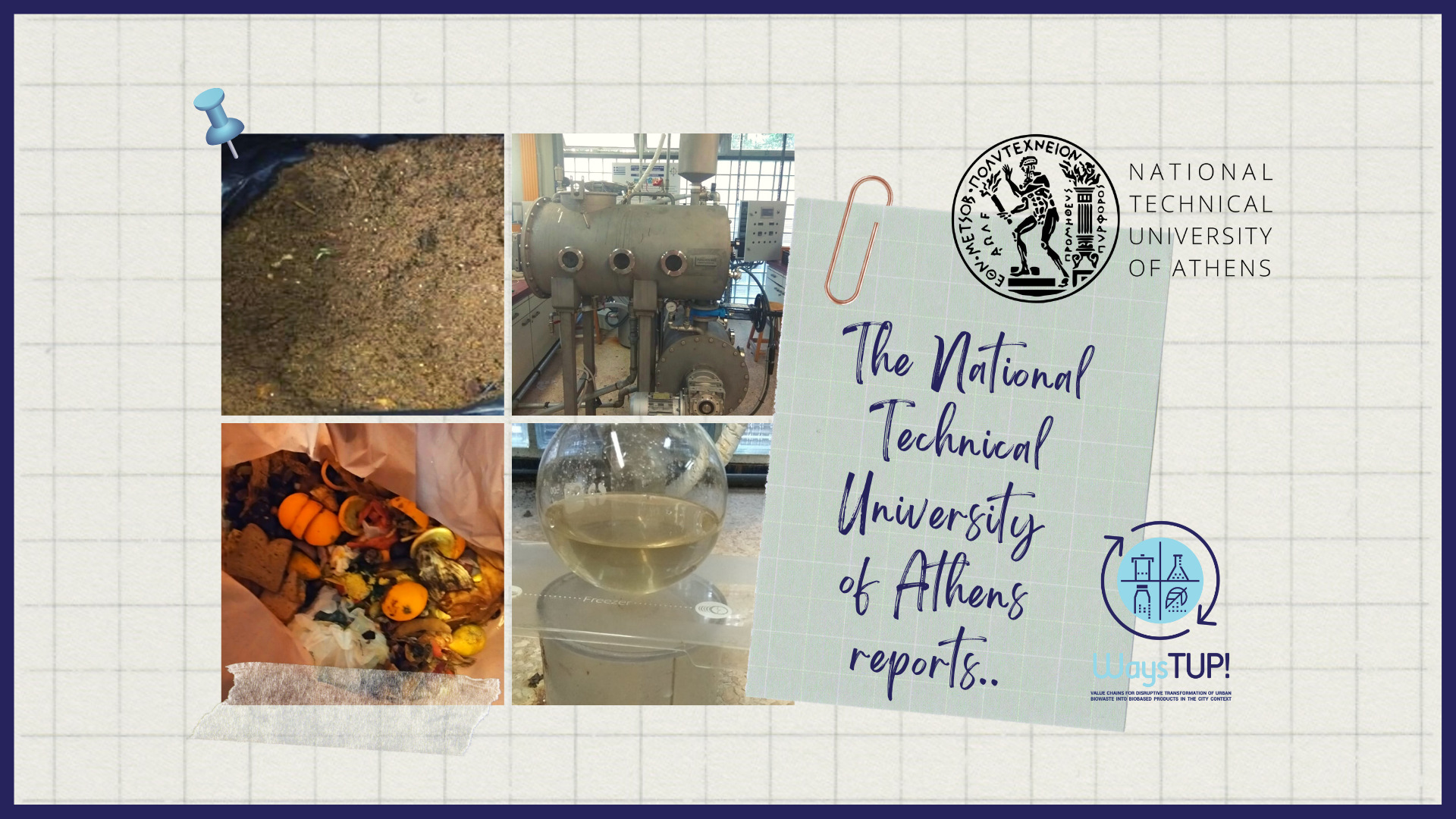 Source separated biowaste with a share of 34% of municipal waste in the EU stands as a serious environmental, economic, and social problem. This is a key waste stream with a high potential in contributing to the transition to a circular economy.  Production of biosolvents such as bioethanol is a sustainable pathway promoting circularity and resource efficiency.

Feedstock: In total, around 3 tonnes of source separated food waste were collected in 23 different batches from the municipality of Vari-Voula-Vouliagmeni. According to analysed physicochemical characteristics the mean initial moisture of the feedstock was around 75.86±2.18% while starch 7.68 ±3.42%, cellulose 14.55 ± 3.56% and free glucose 1.57 ±1.07%, revealing the high potential of this waste for bioethanol production.

Pilot demonstration: Initially the source separated biowaste were dried in a commercial food waste dryer and the dried feedstock was used to produce bioethanol in pilot scale.  The optimum conditions applied in pilot scale were 25% solids loading, amylolytic enzymes 40μL/g starch, cellulolytic enzymes 175 μL/g cellulose and 2% w/w S. cerevisiae for more that than 10 continuous cycles. The results from pilot trials were very successful and repeatable, the mean ethanol yield was 86.60± 4.91%, while structural component such as starch and cellulose were efficiently hydrolyzed. The produced ethanol was recovered and purified meeting the standards of absolute ethanol, rendering it suitable for industrial uses.

We use cookies to ensure that we give you the best experience on our website. If you continue to use this site we will assume that you are happy with it. For further info see our Privacy policy.I agree