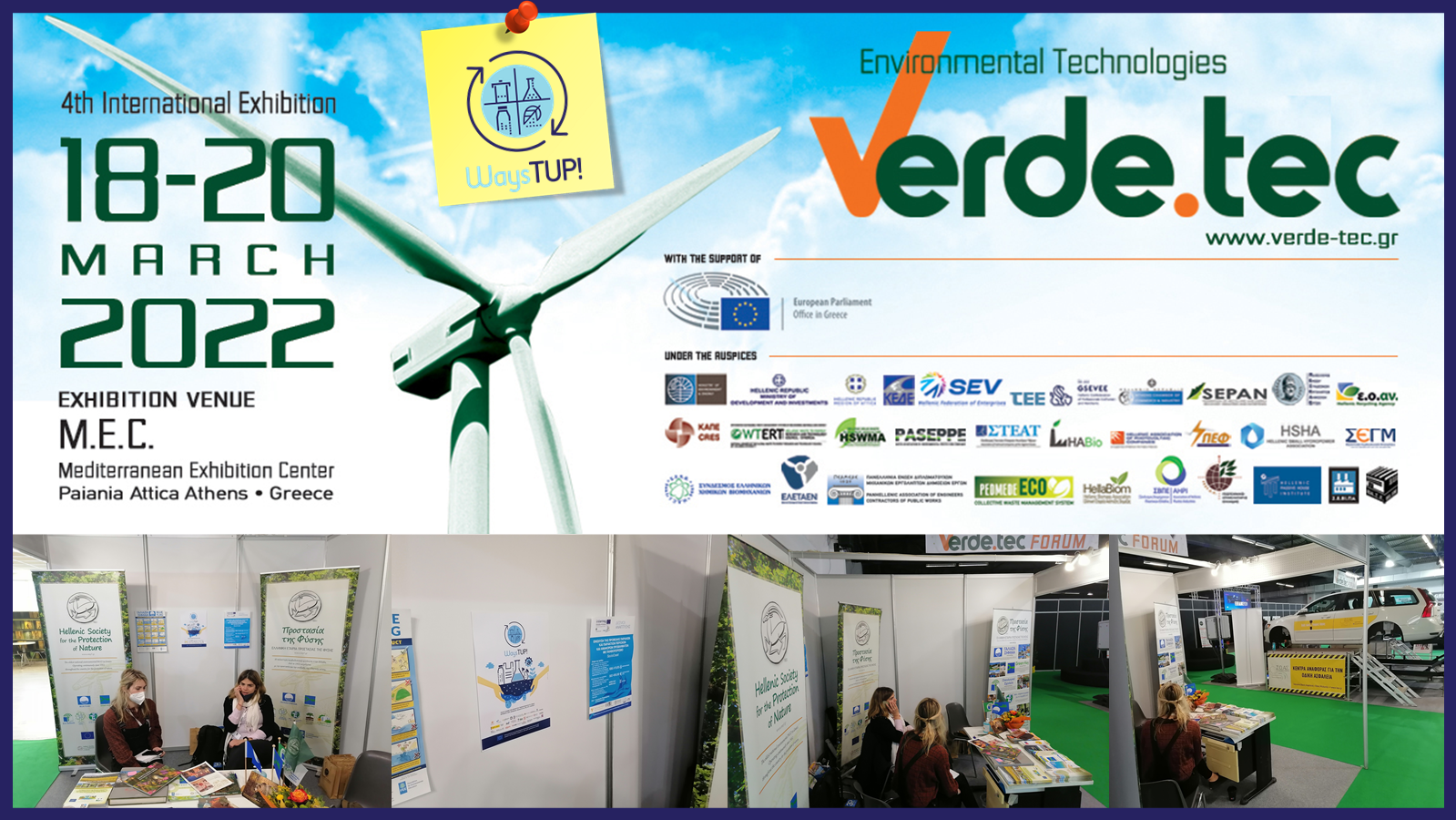 The HELLENIC SOCIETY FOR THE PROTECTION OF NATURE (HSPN) participated in the 4th international exhibition Verde.Tec which was launched on the 18th of March and lasted until the 20th.

HSPN participated with a kiosk among at least 125 other exhibitors from the environmental sector and presented among its other activities, the WaysTUP! project and its objectives to at least 500 people that visited the HSPN kiosk.

It should be stressed that Verde.Tec is the biggest environmental event in Greece with more than 5000 visitors, thus its impact is considered to be rather high.

We use cookies to ensure that we give you the best experience on our website. If you continue to use this site we will assume that you are happy with it. For further info see our Privacy policy.I agree